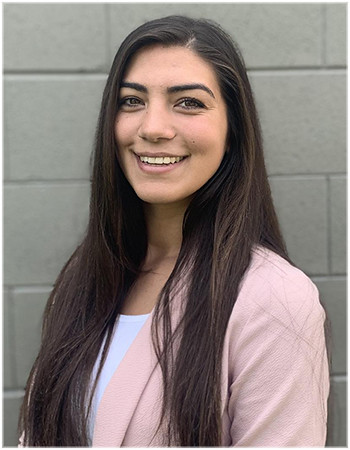 Editorial: The Interns Have It

As a Social Media & Promotions Intern, I arrived hours before the show aired to start prepping content and gathering behind-the-scenes footage. From the time I arrived and leading up to the show, the studio was abuzz with activity. The HOMTV staff had been preparing for this night for weeks. It was all-hands-on-deck and this is where HOMTV is unique to other internships. As interns, we aren’t off taking coffee orders or assigned busy-work, but rather given integral duties and responsibilities.

The Intern Room was packed as the crew rolled in to prepare for the night. Reporting interns drafted final scripts and questions for interviews. Clips and packages were finalized, and the production team ran tests to ensure everything was working properly.

Although this live show was a first-time experience for most of the intern crew, there was a unanimous feeling of confidence given such responsibilities. Reporting Intern Katie Schroeder was the show’s host. I asked for her thoughts going into the night and she commented that she felt as prepared as she could be.

“I balance a lot with the internship, my job and 17 credits. However, once I was there, I got to work and was supported by everyone at HOMTV which is really what kept me going,” Schroeder said. “It was a real-world experience and something I will talk about over and over again in job interviews.”

Tuesday night fully immersed the intern crew into the production world. As technical difficulties continued to impact the show, we quickly learned it’s rare to be fully prepared in the broadcasting industry.

The production crew was the first line of defense against the night’s challenges. Senior Production Intern Emily Towns deemed the word of the night to be “perseverance”.

“We came into this night prepared and ready to go. Everyone was on the ball, and there were only a few things left to get done when everyone arrived,” Towns said. “When all the technical issues started happening, I won’t lie, I was a bit stressed about not being able to deliver the show in the way that we prepared.”

Towns continued, “Every single intern and staff member just kept going. All obstacles were thrown our way and we found a way around each one, delivering our show to the best of our ability.”

The General Election night offered a barrage of moments to capitalize on in this internship. For the ambitious, a HOMTV internship becomes an extraordinary opportunity to step into a demanding environment with little experience and try something new. Sidney McIntosh put down her hat of Social Media & Promotions Intern and was able to experiment with conducting live interviews as a field reporter for the election night coverage.

“I learned a lot about how things work in a news atmosphere,” said McIntosh. “And being able to be hands-on and get some amazing experience on such a big election was really cool,” McIntosh continued. “In this one night alone, I was able to learn so much and it helped prepare me for future events like this.”

Talking with the intern crew after the show, their spirits were high and it was evident they were proud of their night of accomplishments. Instead of hindering our performance, the technical difficulties seemed to reinforce the team’s self-assurance. Some interns had come into the night questioning their ability to deliver, but they left elated of their skills- eager and ready for another challenge.

MERIDIAN TOWNSHIP - Christmas is less than two weeks away and the Meri... [More]